BSWWRRG will explore an infrastructure model for the region’s recycling as part of a new project launched last month.

The Optimal Recycling Infrastructure Model (ORIM) project will look at infrastructure needs to increase the region’s capacity to sort and process kerbside recyclables. It will build on the work recently completed by Infrastructure Victoria to identify:

BSWWRRG Executive Officer Ashley Pittard said that the project was critical to build the resilience of the region’s recycling sector and to improve recycling systems.

“The recent recycling issues have demonstrated the need for increased sorting and processing capacity in the region to reduce transport costs and to build resilience in the system,” Mr Pittard said.

“The region generates over 44,000 tonnes of kerbside recycling each year. All of this material is currently transported to Melbourne for sorting and processing.”

“As well as identifying the best fit infrastructure model for our region, the project will provide information to support the preparation of businesses cases to attract infrastructure investment to the region.”

BSWWRRG is currently engaging a consultant to deliver this project. Over the coming months, there will be extensive engagement with industry, council and state government stakeholders to develop the model, with the final report due to be completed in early 2021.

This project was identified as a priority action in BSWWRRG’s Regional Recycling Action Plan. It is being jointly funded by BSWWRRG and the Local Government Program. Discussions are also underway to secure potential funding from Regional Development Victoria. 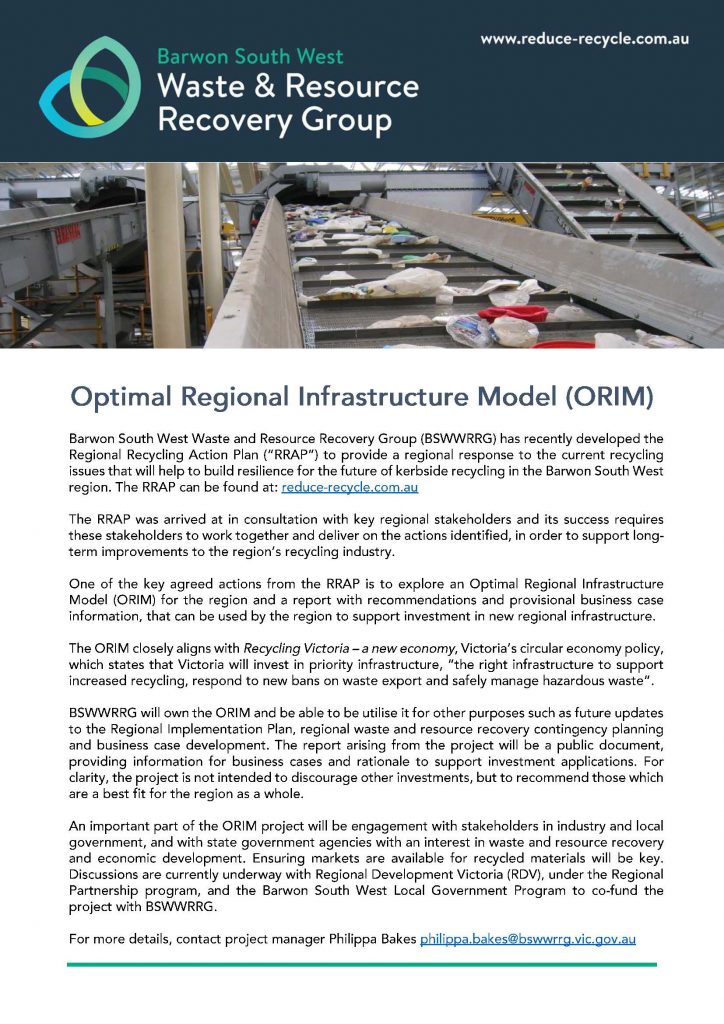